His research interests include, among others, health care outcomes, response to epidemics and pandemics, innovation in biotechnology, the process of technology transfer, international economic development, urban development, the dynamics of corporate and group decision-making, including how jurors make decisions, and how organizations communicate effectively with employees, clients, and members of the general public.

He has worked with a variety of regional, national and international companies and organizations. He has conducted seminars on technology transfer at research centers in Poland, including the Jagiellonian University in Krakow, the University of Lodz, and the Wroclaw Research Center EIT+.

He is a keynote speaker at state hospital associations on the past, present, and future of healthcare.

At the University of Texas at Austin, he first experienced the diversity of the population by doing research that involved observation and interviewing in the homes of people living in rich, poor, Hispanic, black, white, single family, and multifamily homes.

His concentration at Emory was in the perception and classification of deviant/abnormal behavior and in medical sociology.

He has worked at the National Institutes of Health (NIH) Clinical Research Center in Fort Worth, Texas, and the University of Texas Southwestern Medical School at Dallas in association with Parkland Memorial Hospital. He has also worked at Emory University as an instructor, at the Wesley Woods Center for Continuing Education in Atlanta teaching college students about urban life, and at the University of South Carolina at Columbia as an assistant professor of sociology.

He is also a member of the American Hospital Association’s Society for Healthcare Strategy and Market Development and its regional affiliates. He makes presentations with each of these groups and serves as a judge for awards of excellence in communication.

Emerson serves as a mentor in social research, data analysis, primary and secondary research, marketing, making recommendations on action to be taken based on research, and in implementing and testing those recommendations.

He served on the faculty of the Press Ganey Regional Education Workshops. 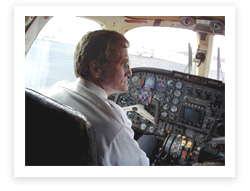 Emerson  has served as a mission pilot in the Civil Air Patrol, the Auxiliary of the United States Air Force. He is a past South Carolina Wing Commander and holds the grade of Colonel.

He is a commissioner on the Richland County Airport Commission at the Jim Hamilton-L.B. Owens Airport (CUB), the downtown airport in Columbia SC.

He is a member of the Rotary Club of Five Points (Columbia, South Carolina), a past-president of this club, and a Paul Harris Fellow.